Celebrating Christmas with Music and Laughter

Withington’s programme of Christmas musical and theatrical events provided a joyful finale to the School term.

After the choir’s performances at St Ann’s and Manchester Cathedral at the beginning of the month, the School hosted the Rotarians’ Christmas Concert in the Arts Centre on December 7th. It was a delightful evening of entertainment with performances by the Senior Orchestra and Senior Choir, individuals and ensembles across a range of genres from traditional carols to classical music and ever-popular singalong numbers. 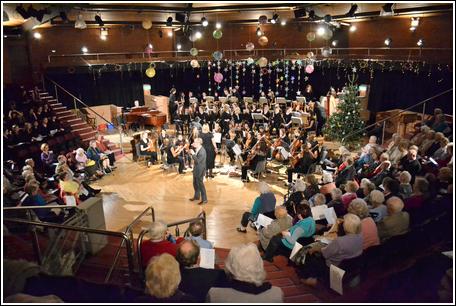 The Senior School Christmas Concert on December 12th involved more girls performing than ever before. Highlights were the Stage Band – all wearing ‘shades’ and trilby hats – rocking the house with a Blues Brothers medley and the Senior Orchestra with a sparkling performance of pieces from The Nutcracker with ballerinas on stage for the Dance of the Sugar Plum Fairy. 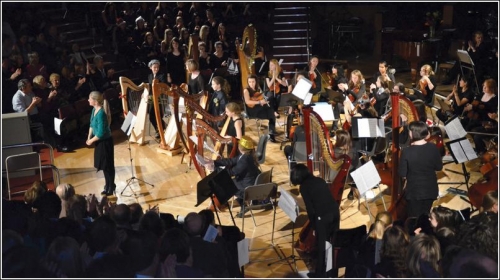 
The 2010 concert saw the debut of the harp ensemble; this year the group has expanded to nine harpists. Led by Louise Thomson – it is now one of the biggest school harp departments in the UK.

There were also a number of impressive instrumental and solo performances. The programme featured classical and popular music from all the School’s ensembles, many led by their instrumental teachers, the choirs and orchestra – music for everyone.

The Junior School Concert followed on December 14th. The first half was a showcase of all the musical activities that are on offer to the girls. From ukuleles in Transition and Form I, harmonising in the choir, and making music together across the Junior age range – assisted and supported by Senior girls. After the interval it was a complete change from the sublime to… pantomime! 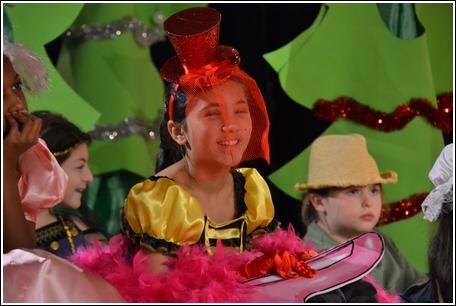 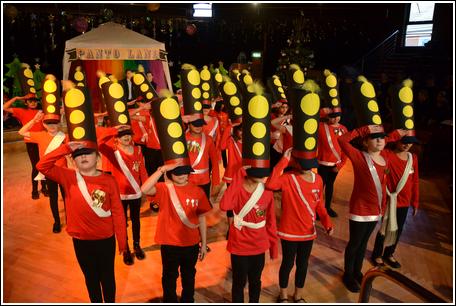 
“Oh no it isn’t, oh yes it is!”, I hear you cry! That’s right, the Junior School of WGS put on a festive and jolly Christmas Production, Panto Pandemonium. Four narrators took the audience on an adventure through Jack and the Beanstalk, The Seven Dwarfs, Cinderella and Aladdin, to recover three magic objects in order to defeat the Wicked Witch.

In true panto style, there was plenty of booing and hissing at the baddies. Even Mrs Burrows took a cameo role as Dwarf Seven, singing and dancing her way through the scene.

A special production of the musical Annie, performed by Withington teaching staff for pupils at lunchtime on the last Thursday of term, raised £1,000 for the Wood Street Children’s Mission. Playing to a packed Arts Centre, the company of very brave staff were loudly cheered and applauded through every scene and received a standing ovation at the end. 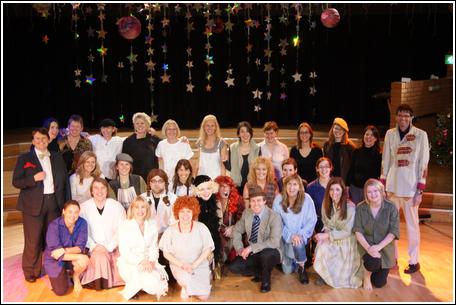