Withington gets the Verdict

BUDDING barristers got the verdict they were hoping for when they were judged best courtroom performers in the Sir Rhys Davies Schools Mock Trial Competition, staged at Manchester Crown Court in Minshull Street, on Saturday 19th November. 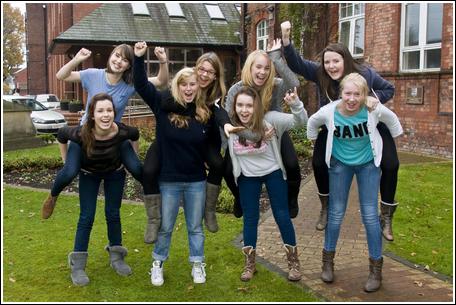 The Withington team, its prosecution barristers decked out in borrowed wigs and gowns, triumphed over Stockport Grammar School in the final by just two points – awarded by the Recorder of Manchester, HIs Hon Judge Andrew Gilbart QC,  for the quality of their clerk and witnesses. 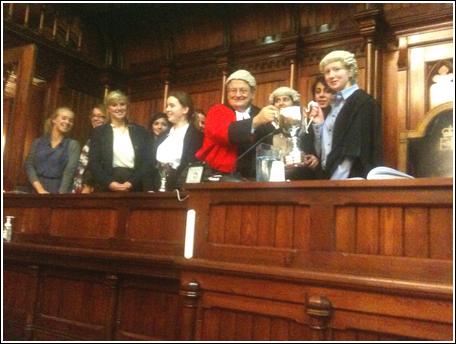 On the day, pupils had to play the roles of lawyers, court officials and witnesses – and their performances were marked by some of Manchester's leading Crown Court judges and lawyers. Two set scenarios and witness statements – the ‘evidence’ – were prepared by real barristers and involved cases of misuse of a computer and arson.

The teams had to prosecute and defend the cases as the competition progressed.

The aim of the annual contest is to enable pupils understand Britain's legal system and the rights and duties of citizenship.
In a parallel contest, Withington’s three-strong team was runner-up in the court reporting competition staged under the watchful eye of Chris Osuh, court correspondent of the Manchester Evening News.

Mr Sharples, who co-ordinated the team said: “We had a great day. The competition was fierce but the girls’ skill and hard work shone through.”