This tournament did not take place last year due to the adverse weather conditions, rain on the first date, and snow and ice on the reserve. So there were some anxious eyes when the weather forecast on Friday night was predicting heavy winds and rain. Thankfully the weather held and although damp underfoot – and rather slippery on the courts – the tournament, run this year by Mrs Kelsall, got underway. Withington had teams competing in every age group and all were a credit to the School. However, as Mrs Kelsall said, she had ‘high hopes' of the U16 squad as in the tournament two years earlier they had lost the title only by goal difference. Nevertheless, a number of challenges lay ahead, not least that the Withington team had already lost to Cheadle Hulme in the Manchester League. 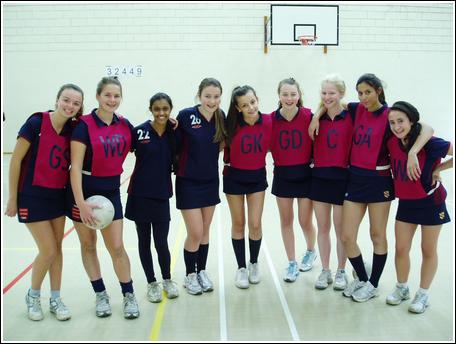 Their first game was against St Monica's, who had clearly been working hard to improve their netball. Down by two goals from the outset the Withington girls worked hard, on a very slippery court, to make up the deficit. Half time and the difference was one but still in favour of St Monica's. With some swift position changes and a couple of suggestions for game-play situations to help with the court conditions, the Withington girls were away! Two swift goals after the break and some excellent shooting by Amy Weston saw the girls win their first game by two. From then on the girls never looked back. 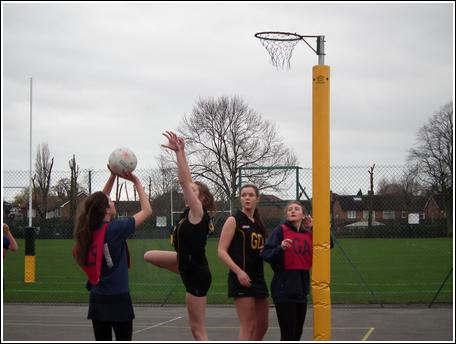 Nervous, but very determined against Stockport Grammar School and Cheadle Hulme saw them win those matches by three and four goals respectively – good margins in tournament games of 14 minutes. By the final game against Loreto the girls were well into their stride and at half time were ahead by seven goals. They took their foot off the gas a little leading to a few anxious moments from the watching parents but eventually came out winners by five goals. Clear winners on a very windy day – well done to all seven girls and to all the supporters watching and cheering them on!

It's tempting not to write a tournament report when Withington Girls' School don't come home with a trophy, but the prize won on Saturday 26th November 2011 was far more valuable that a piece of silverware. 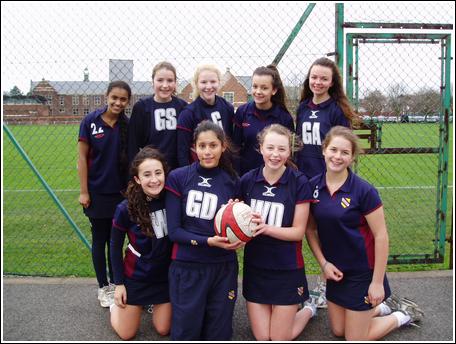 This was the day the U15 Netball Team, left to their own devices, took charge of their destiny and one of life's lessons – ‘you make your own luck' was learned. As stated before in this occasional column, this is a group of talented sportswomen that, when pointed in the right direction, can easily exceed the sum of their athletic parts.


I found the U15's Netball Squad huddled together on the tarmac of court 2 – with five schools playing across several age groups there would always be one team waiting. I encouraged the girls to warm up behind the barrier and they formed a circle near farmyard machinery used by Stockport Grammar School's groundsman to keep their playing fields so beautifully prepared. Despite the possibility of being impaled on an aerator or sliced by a gang mower WGS threw the ball around with increasing vigour and when Miss Richards rang the tournament bell our girls marched on to court.
The first match under grey autumnal skies was against Manchester High School and began with caution from both sides. WGS found themselves leading 2-1 and pressed forward with a series of excellent passing moves that could easily have made the score 5-1. Manchester fought back and despite fierce defending, Withington lost.


This game was immediately followed by a match against Loreto Grammar School and took a similar course with Withington leading 2-0, only to be overcome with missed chances proving costly. Despite two losses in the first two games of this annual round robin event, organised this year by Mrs Kelsall, Withington left the court in good spirits and tucked into their snacks.


The next match was against the hosts and despite some tremendous effort from the girls, the first half ended 5-0 to Stockport. As usual the girls gathered in a circle and while democratically sharing their views on how they could improve, one Withingtonian said "We're better than this!" and suggested two players swap positions. It was like flicking a switch and they looked a completely different team with renewed energy and self-belief.


From the start of the second half WGS were in control, developing successful centre pass formations and movement around the court which produced many fine sequences of play and 4 goals. The game ended 5-4 to Stockport. However, in adversity, Withington had found an inner strength which was acknowledged by the Stockport coach who came over to congratulate the girls on an outstanding second half performance.


The fourth and final match was against Cheadle Hulme in which WGS were ahead for most of the game but ended 4-4, which was a fair result as both teams displayed good teamwork and play in attack & defence.
This team will always win praise and recognition if not silverware.