On 4th October, girls from the Junior School spent the morning learning about Hinduism. We were paid a visit by Mrs Krishna Dasi, who led an assembly for the whole school on the story of Rama and Sita. Following this, the girls in Transition and Form One took part in two workshops, where they learned how to wear a sari and perform a traditional Hindu dance. Everyone had lots of fun and we all learned many new things about the Hindu religion. 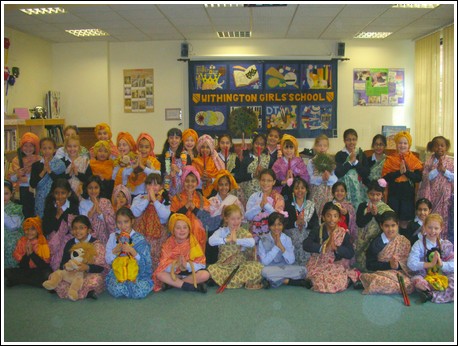 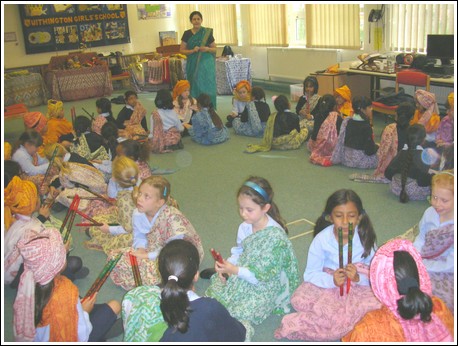