Twenty-four members of the Senior Choir enjoyed what Miss Amy Holland described as "the trip of a lifetime" during the half-term break as they won a legion of fans with their impromptu performances in historic Italian cities. 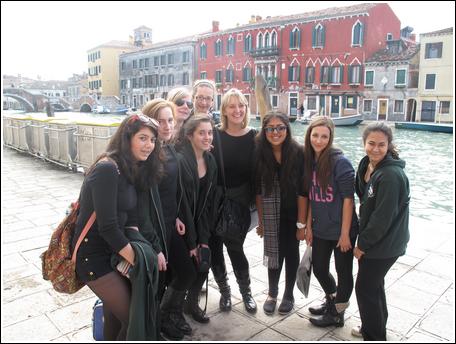 The choir, accompanied by Miss Holland, Director of Music Mrs Gilly Sargent and internationally renowned music composer and performer Ms Sasha Johnson Manning, a Withington governor, were heading for Venice where they took part in a mass at St Mark's Cathedral. But their journey turned out to be a magical tour. 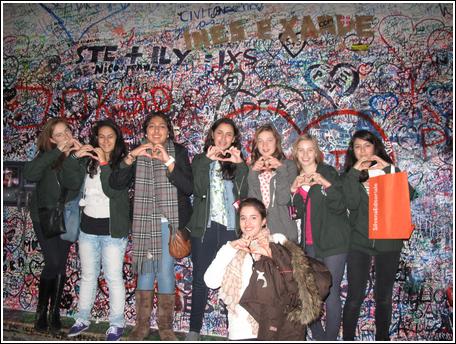 The party flew to Milan, visiting the massive gothic Duomo, the fashion designer district of the quadrilatero della moda and enjoying a guided tour of La Scala, the city's legendary opera house. On day three they arrived in Verona. The girls were very excited by standing on 'Juliet's balcony' made famous in Shakespeare's Romeo and Juliet and wowed tourists – mainly Americans – by staging an impromptu rehearsal in the city's landmark Roman amphitheatre. Miss Holland said: "Later we had an amazing guided tour of the Teatro Filarmonico and the girls were allowed to play the Steinway piano in the concert hall where Mozart had played when he was just 14."

In Venice they visited La Fenice, the opera house, took a gondola trip and attracted an ‘impressive' audience with their impromptu rehearsal outside in St Mark's Square. During the mass inside the cathedral – for which four parents had flown out – the choir sang a cappella works by Reger, Monteverdi, Gibbons and a 13th Century piece.

Said Miss Holland: "Sasha Johnson Manning was incredible at schooling the girls all the way through the trip and their final performance in St Mark's Basilica was just magnificent."