Citizens of the Future

In the final week of term, the whole Senior School participated in a day of funpacked activities designed to remind them about the rights and responsibilities of citizenship. This annual event, organised and orchestrated by Head of PSHCE Mrs Elizabeth Robinson, is designed to celebrate the importance of working with one another and with the wider community. The day included the recreation of the Houses of Parliament, charity aid programmes, visits to local schools and hospitals and Fair Trade. 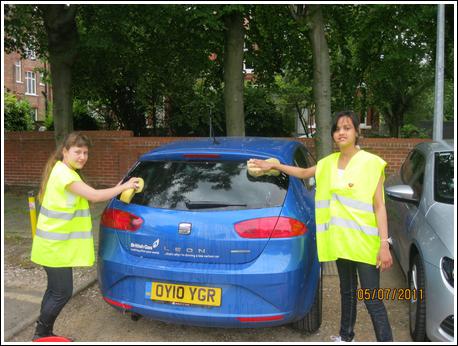 Car Wash at the Christie

Mentored and supported by members of the Sixth Form, the Third Form were ‘let loose’ in the local community. Their tasks included assisting Mrs Sargent with a percussion workshop at Old Moat Primary School; running a car wash to raise funds for the Christie; staging a fashion show at St Paul’s Primary School; planting at the Minehead Resource Centre; painting benches in Kingswood Park and helping out with younger children at the Ladybarn Community Centre. Lower Fourth pupils examined the extent of child poverty in the UK and the role of major charities such as Unicef, Oxfam and Barnardo’s in tackling the problem whilst those in the Upper Fourth took over the Sports Hall to conceive, develop and produce a Fair Trade product. The Lower Fifth, meanwhile, studied the British political system, recreating a ‘House of Commons’ in the Arts Centre where they staged topical debates on motions to lower the voting age to 16 and increase taxes on the rich. 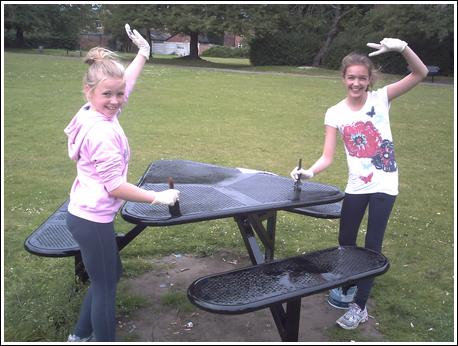 Mrs Marks said: “It was very exciting. No other school I have worked at has had an event like this. I enjoyed going out to Old Moat Primary School in the morning and judging the presentations in the afternoon. The breadth of activities was really amazing.”