Withington's business ‘Apprentices' enjoyed a magnificent run all the way to the North West final of this year's Young Enterprise competition. 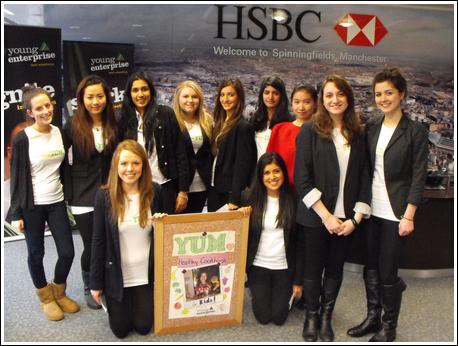 In a very close finale in the spectacular Concorde suite at Manchester Airport, the School's 11-strong Young Enterprise team, Yum, who had won through all the earlier rounds to qualify to represent Greater Manchester, just fell short of taking the regional crown.

But the Yum story is likely to continue for a little while yet. Their design, compilation and publication of an original children's cook book featuring healthy recipes, is on sale at two local branches of the bookseller Waterstone's. They have sent a proof of their work to Sainsbury's and at least one of their recipes could feature on the menu of a pub chain.

Young Enterprise Co-ordinator, Ms Catherine Ositelu said: "Our team was brilliant and was certainly one of the strongest contenders until the end in terms of product. The girls display stand was superb and their presentation was very well delivered."

Earlier in the competition, Yum beat off formidable opposition from nine rival firms to scoop awards for ‘Best Display' and ‘Best Overall Company' in the contest's Greater Manchester final staged at the Bridgewater Hall on 3rd May.

Throughout all stages, from the ‘Dragon's Den' session and the Trade Fair at the Trafford Centre to their previous triumph in the Young Enterprise North and South Manchester Area Board final, the girls impressed with their wide range of accomplished business skills.

They have also been ‘tweeting' celebrity chef Jamie Oliver – who is shortly to open a Jamie's Italian restaurant in Manchester – about their healthy eating message, one he has famously championed himself.

Yum's win at the HSBC stage meant that Withington teams had chalked up four Best Overall Company titles in the last five years and the School received the prestigious Centre of Excellence award recognising outstanding involvement with Young Enterprise over the period. 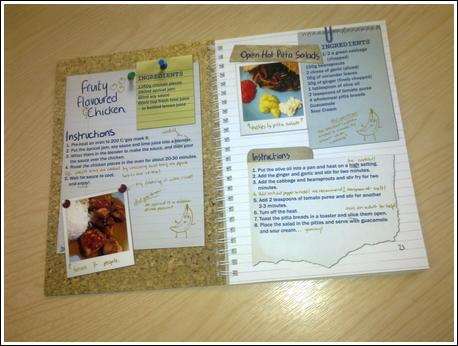 Pages from the cookbook