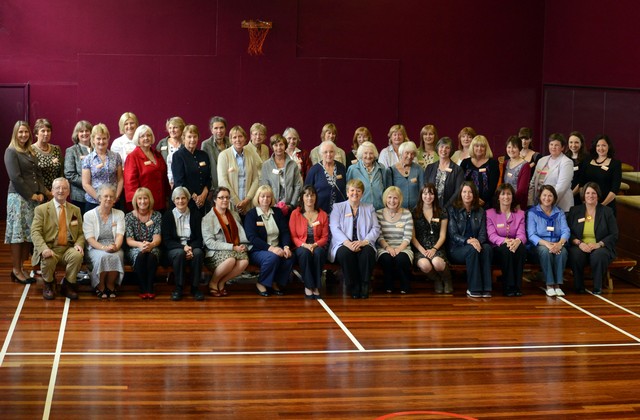 On Saturday 14th May 2011, over forty leavers from the 1970’s were joined by several of their former teachers here at School, to celebrate their time at Withington during the decade that brought us bell-bottoms, lava lamps and the Osmonds. 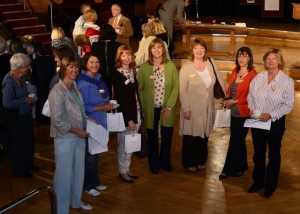 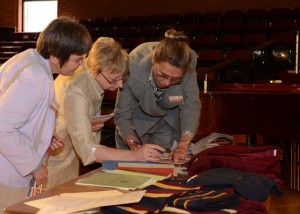 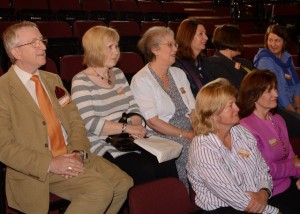 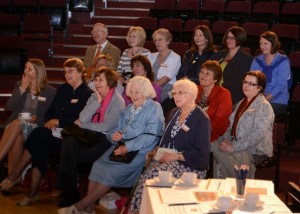 Guests began to arrive from just after 10am, and clutching their goodie bags, went through to the Arts Centre, which soon rang with the happy hubbub of reunited classmates.  Pausing only for much needed refreshments, Alumnae spent time catching up with old friends and perusing the fantastic display of articles from the School’s Archive, thoughtully put together by Assistant Archivist Sophie McNeill, before they were welcomed by Withington’s Headmistress, Mrs Sue Marks.

Mrs Marks explained how she felt a natural affinity with those gathered as a fellow 1970’s leaver, and shared with guests her memories of leading the Wilmslow Girls’ Grammar Hockey Team to defeat at WGS during the decade, an anecdote which was met with much amusement!  The current Head Girl and her Deputies then spoke briefly of their favourite memories from their Withington careers, and their future plans, as well as what becoming an Alumna means to them.

Guests then enjoyed more time to chat and renew friendships with their fellow old girls, with many happy memories prompted by the montage of photographs from the decade that was playing on the big screen and the 1970’s music being played.

A group photograph of all those in attendance taken in the School Gymnasium preceded lunch, a location chosen specifically for the reminiscences it was sure to provoke.  A sumptous three course luncheon then followed in the Staff Dining Room, served beautifully as ever by Mrs Sheena Cartledge, Catering Manager, and her staff.  The lunch included selections from the new menus recently introduced for pupils, and was thoroughly enjoyed by everyone.

Over lunch, tables had been working together to answer questions on a special 70’s Quiz, with the winners [and answers!] announced following dessert.  Competition was fierce but the winning table [which included the Headmistress!] answered every question correctly, and thoroughly deserved their prizes of WGS notecards and pen.

For many present, this was the first time they had returned to Withington since leaving all those years ago, and afternoon tours of School were thus very much enjoyed, with many commenting on how fantastic the current facilities are.  Upon their return, Alumnae and former staff continued to catch up over tea and coffee, served in the foyer amongst this year’s fabulous Art Exhibition, with many deciding to purchase a memento of the day from the special Alumnae shop.  As guests left during a classic Manchester rainstorm, all commented on how lovely the day had been, with many now looking forward to attending future Alumnae events both at School and elsewhere.