Seventeen girls – five from the Lower Fifth and 12 from the Upper Fifth – participated in this year’s German Exchange and spent the February halfterm at Withington’s partner school, the Auguste Pattberg Gymnasium in Mosbach, near Heidelberg. 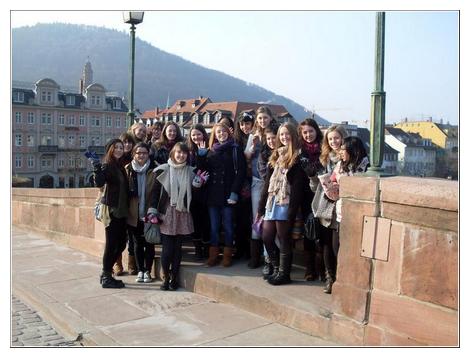 During a sunny but freezing cold week, the group – the biggest ever – visited Stuttgart’s TV tower and the city’s shopping centre, the castle and Museum of Pharmacy in Heidelberg and the shops and Technical Museum in Mannheim as well as spending time in school with the girls’ exchange partners.

They were accompanied by Deputy Head Mrs Sarah Haslam and Miss Jane Ellis, who said: “It was a really challenging but worthwhile experience. The girls were excellent company and all made a good effort to speak lots of German!” 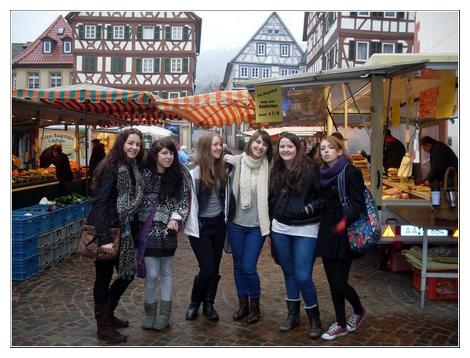 The return visit by pupils from the German school took place between February 26th and March 4th and included visits to Liverpool, Quarry Bank Mill and Imperial War Museum North.