Their latest triumph came at the Young Enterprise North and South Manchester Area Board Final, held at HSBC, Spinningfields in Manchester’s business district on 30th March. Seven companies took part. It meant that Withington teams have chalked up four Best Overall Company titles in the last five years and the School received the prestigious Centreof Excellence award recognising outstanding involvement with Young Enterprise over the period.

Yum had emerged winners as more than 40 companies from schools all over Manchester competed at the YE Trade Fair at the Trafford Centre. The team had earlier been awarded a prize of £100 for coming out top in the Dragon’s Den phase of the YE competition at the city offices of accountants Ernst & Young.

Withington’s second YE company, Embark, which engaged in the marketing of customised USBs and cards for all occasions, also performed well throughout the process. 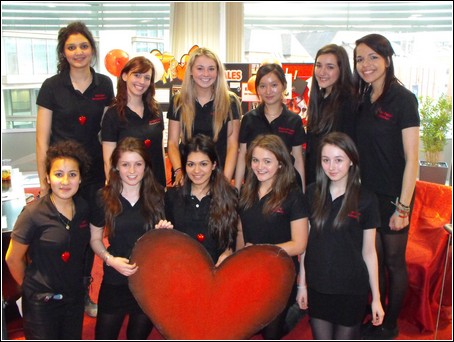 
Young Enterprise Coordinator, Mrs Catherine Ositelu, said: “Both our teams are to be congratulated for their enthusiasm, competitive spirit, teamwork and excellent performance in all areas: presentation, trade stand and company report.” 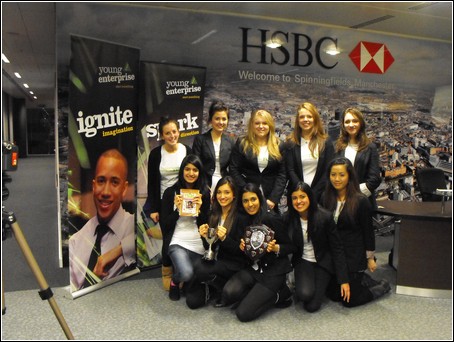