Withington's phenomenal fundraising efforts are continue to bear much fruit for a whole range of good causes.
There have been cake sales and raffles aplenty but the biggest project has been the Upper Fourth's Masquerade Ball in aid of the Maua Hospital and the victims of the Japan earthquake and Tsunami. The girls began with a cake sale to raise money to purchase raffle prizes then went on to raise even more funds form the raffle of a hamper and a designer charm bracelet. They also made and sold decorative masks all leading up to the big event of the ball at the Hilton Hotel Manchester on Thursday 31st March. The Junior girls also joined by donating to the fund and then making their own masks. At the time of going to press the total raised was £1200 and counting. 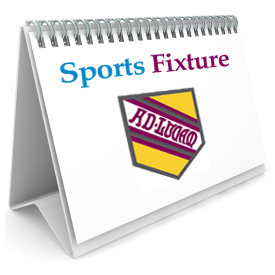 A cheque for £3950 – half the funds raised by the Fashion Show 2011 – was presented to Barnardos while the same was sent to Living Water Africa.


Some of the many activities too numerous to list in the space available here were an own clothes day for CHIVA, the Africa HIV charity; Easter Egg Hunt; Don't Laugh for Comic Relief and; Paper Cranes for Japan earthquake victims and the Gambia group's Balloon race.


Funds raised this term brought the year's total to more than £20,000.