The next generation of Withington Girls’ School Lacrosse walked in the footsteps of their elders with a convincing win on 12 January 2011 in the U14 North Schools Tournament. Under the cover of darkness we headed North East through hill fog and mist to Escrick Park, home of Queen Margaret’s School, situated at the southernmost limit of glaciations during the last ice age in North Yorkshire.

The air was still and damp as we crossed the River Ouse with its bulging banks, and the waterlogged fields looked familiar as recent flood disasters in Australia and Brazil are sadly still in the news. The girls were quite chirpy as they stepped off the coach after a longer than usual journey and made their way to the pavilion with a sense of purpose. 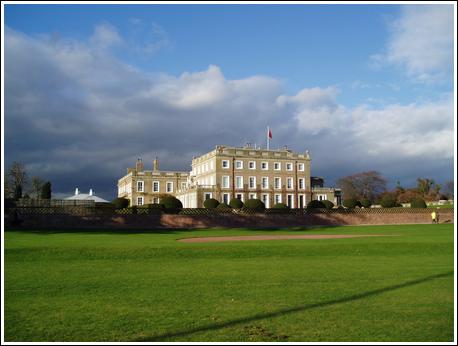 With seven teams and two manicured pitches, the tournament format was Round Robin with each match lasting 15 minutes including a change of ends at half time. Withington sat out the first match played on the far pitch surrounded by specimen Cedar trees, and watched intently, taking note of the conditions which made it hard to pick up a ball from the turf. 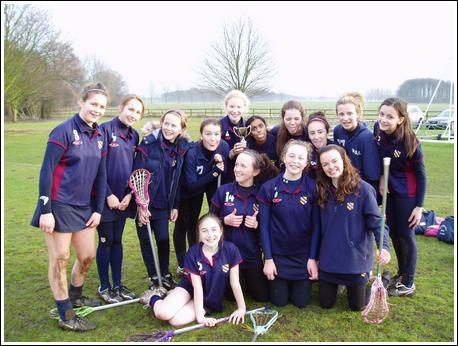 The first match was against Harrogate Ladies College, always a tough fixture, and from the draw a move of several passes put pressure on the College. Two more attacks followed with two quick goals for Withington and a sense of belief coursed through the team. The quality of cradling, catching and running into space was surprising as so many fixtures have been lost to the weather this season and WGS pressed on to win 5-0.

Relaxed and quietly confident Withington took on the hosts, Queen Margaret’s for their second match and soon took the lead after breaking down a lightning counter attack which set the tone for the rest of the game. Queen Margaret’s girls play sport most days, are very fit & very competitive, and having won the ball back with a hard check headed for goal. The next couple of minutes were a blur and suddenly WGS were losing 2-1 and chasing the game. However, Withington kept their nerve and the back four raised their game to form a solid wall which inspired the forwards to reply with 4 goals from difficult angles and a feeling of great relief to win 5-2. Afterwards the team agreed that the extra practice afforded by the newly installed floodlights at WGS had made a big difference to their confidence and skill. 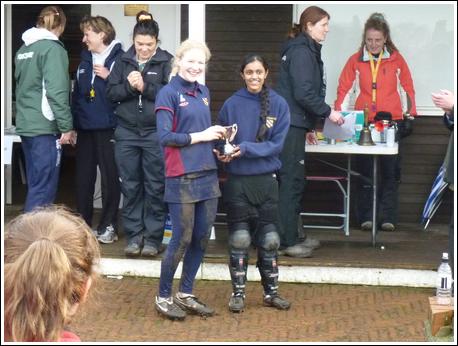 The third match before lunch was against Moreton Hall, who were playing for pleasure as they have their own regional tournament in the Midlands and were competing knowing they were not allowed to win the tournament. WGS girls were all too aware of the situation and still dreaming about the previous win, contrived to lose 8-1.

Slightly shell-shocked, the girls accepted the excellent post match advice from Miss Richards and her astute New York coach Madeline Schuck, and set off along the gravel path between the tennis courts and open air swimming pool for a picnic lunch by Pitch Two.

The organisation & hospitality of Queen Margaret’s is legendary and once again there were delicious sandwiches and home-made cakes for the staff and parents. Time stands still in this corner of North Yorkshire and a day spent in the company of young people enjoying sport is a great antidote to the hustle and bustle of suburbia.

After studying the morning’s results, Withington looked likely to overcome Casterton and Queen’s Chester in the next two matches, and went on to win 8-4 and 6-2 with some excellent individual goals and passing of a high standard. These two matches were played back to back, which was tiring for the girls running on soft ground, but they were fortunate in the programme to have a 15 minute break to rest their legs before the final match. 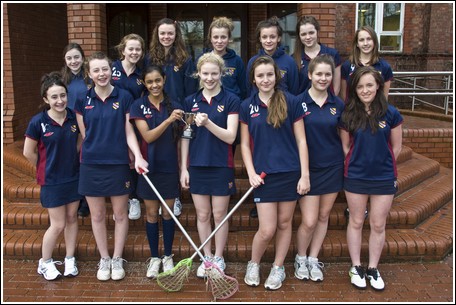 Withington enjoy a healthy sporting rivalry against local schools and a tournament decider against Bolton was greeted with a mixture of excitement and nerves. The girls went through their pre match routine with a rousing rap before inserting their mouthguards and marching onto the pitch to take up their positions. The attacking ambition of this Withington team is built on ball retention, and from the draw a succession of passes lead to an easy opening goal. When Bolton did get the ball they were chased and checked with enthusiasm and skill, offering little resistance. There are plenty of goals in this Withington team and a 5-0 win was testimony to their team spirit, moral and tactical nous.

When the final whistle blew, our U15s who had been cheering on the touchline, ran on to congratulate the U14s and the celebrations began. Then in front of the pavilion, the Withington captains were presented with a cup by the Headmaster of Queen Margaret’s to loud cheers and applause as the best U14 school team in the north of England.