New Headmistress, Mrs Sue Marks, gave her first Junior School Assembly in the second week of term. She brought a variety of wrapped items which she asked Junior girls to open. The parcels contained clues to her favourite things: they learned that Mrs Marks enjoys baking, earned a Rowing Blue at Oxford University and that she enjoys walking, painting and classical music. A toy Tigger represented her character and love of all things Disney. 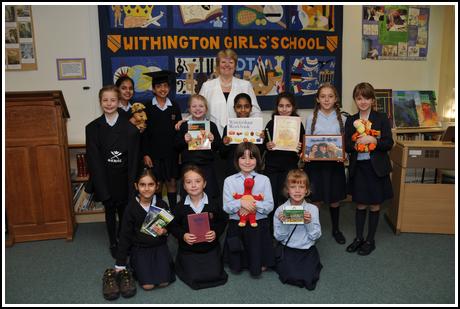 The girls were entranced with the Bible in one of the parcels which was given to Mrs Marks in 1969 at the Investiture of the Prince of Wales. Her most precious thing was a picture of her children. When the dragon and dog soft toys were revealed, there were the usual ‘Ahhhhs' and the girls learnt that Mrs Marks has Welsh roots and loves chocolate-brown labradors. She said that she was looking forward to getting to know all the girls over the coming term.