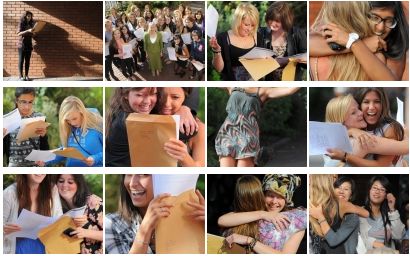 The A* grade was introduced this year to stretch the brightest students and help universities differentiate between the best candidates. To get one, students had to score an A overall, plus at least 90% in each paper in the second year of the course.

Over 25% of the School's A-level candidates took maths or science subjects and Withington's consistent record of success in Classics and Modern Languages reflects a very academic curriculum.

Among the top achievers were Alexandra Abelidis from Didsbury who scored A* grades in Biology, Maths, Spanish and General Studies. She is off to Lady Margaret Hall, Oxford to study Modern Languages and hopes to "have a taste" of an American Ivy League College.

Tara Livesey, from Lymm, was awarded A* grades in Chemistry, French, Maths and Further Maths and is heading for Hertford College Oxford to read Economics and Management. Laura Burt from Great Budworth, Cheshire, achieved A* grades in Biology, Chemistry, History and General Studies plus an A grade in French – and is going to study Law and French at Christchurch College, Oxford.