‘Withington Without the I’ Competition Winners Announced

School launched a unique competition in April, which encouraged pupils to submit creative pieces of writing or original artwork reflecting on the aims of the Bursary Scheme. The competition, which received a wonderful response with a host of creative and original entries, was launched to raise awareness of the school’s 100 Plus Bursary Appeal as School looks to raise the remainder of its £2 million target.

All entrants and their families were hosted by Gerry and Joanne Yeung at the Yang Sing Cathay for a special Bursary Competition dinner on 26th May. Mrs Pickering had the difficult task of judging the entries but in the end a winner was announced for each year group and they collected their certificate and prize of a Party for 10 at the restaurant. All prizes were generously donated by Governor Gerry Yeung, Chair of the Bursary Appeal Committee. Guests were updated on the Appeal’s progress by Development Director Clare Flynn and heard from Val Hempstock, Governor and a former pupil who has supported the Bursary Appeal by donating towards a Bursary place with other members of her Alumnae year group. Gerry then thanked the guests for their support and the girls for the high quality of their entries.

Compliments abounded for the fantastic quality of food at the Yang Sing Cathay and School offers its sincere thanks to Gerry and Joanne Yeung, for their generosity in hosting this wonderful event.

The winners of the competition were: 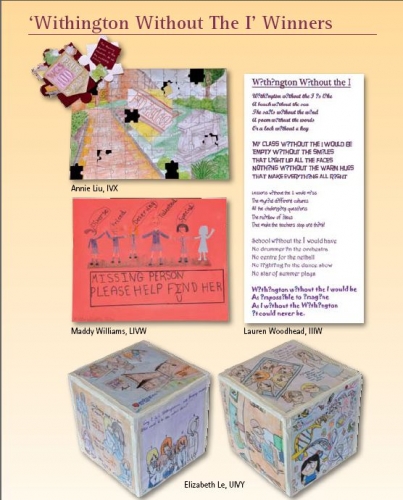