Six Lower Sixth Economics students have won the prestigious Financial Mail on Sunday Breaking the Mould Apprentice Challenge competition. WGS joined three other teams to compete for prizes totalling £6,000 on Monday 1st March 2010 at Park Lanes' glittering Intercontinental Hotel. As reported in the Mail on Sunday, the girls carried off the £3,000 prize having beaten some truly impressive teams in the heats to get to the finals and face the Apprentice judges led by Margaret Mountford, Lord Alan Sugar's right hand woman in the BBC's television series. 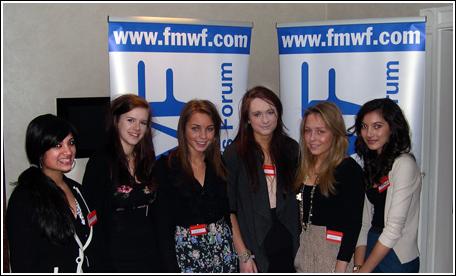 The challenge for entrants was to invent, cost and bring to market a game – either board or computer – to teach personal finance in schools and to make it fun and enjoyable. Royal Bank of Scotland's MoneySense, which is supporting the Apprentice Challenge and whose own financial education programme is now in 60 per cent of Britain's secondary schools, said it was really pleased to be able to support a competition that encouraged enterprise in young people and empowered them to think for themselves how they would like to deliver financial education in a really innovative way. 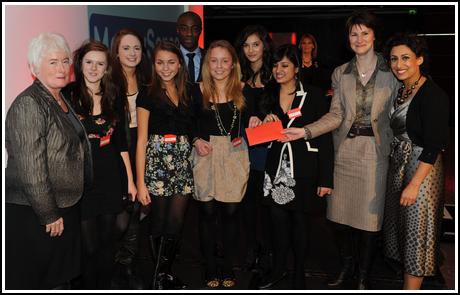 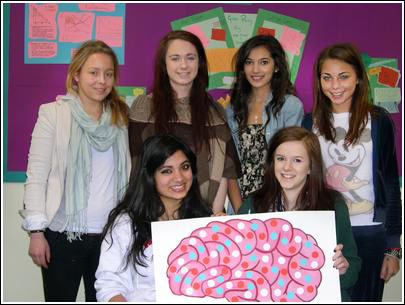 Short films of the finalists, shot by Financial Mail on Sunday's photographer and creative director, Cathy Hassan, together with their business plan formed the basis of Margaret Mountford's final decision. The teams were required to submit to some gruelling questioning in Margaret's very own Apprentice boardroom.

The Breaking the Mould conference was back for the third time after an overwhelming response in previous years from Britain's girls' schools. This day-long event showcases inspirational women who have chosen non-traditional careers and aims to capture the students' imaginations, encouraging them to think in adventurous ways about their approach to the world of work and to widen their career aspirations.

Lisa Buckingham, editor of Financial Mail on Sunday says: 'Faced with the task of devising and bringing to market a game that willmake teaching personal finance in the classroom fun as well as educational, the Withington Girls' School team Money Minded wowed the judges with their ingenuity, understanding of the issues, their creativity and mastery of business and finance.'