As Governor and Chair of the Bursary Appeal Action Group, I am constantly delighted to be surrounded by like minded people. As parents we care a great deal about our children’s well being and achievements, but the fact that the Bursary Appeal has attracted such support tells me that we don’t just care about our own children, but about the school, about its ethos, values and culture and also the philosophy and benefits of the Bursary system. 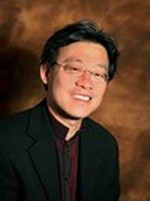 I first learned about the Government’s withdrawal of the assisted places and its impact when the ex-Highmaster of Manchester Grammar School saw me in the Yang Sing. It was early 1997. Later that year, we suffered a devastating fire and subsequently, he said to me that I was the only person who took the drastic step of burning down their business in order to avoid him from asking for a donation!

When, some years later, I was asked to chair the Bursary Appeal at Withington, I was more than willing to take up the challenge. I sincerely believe that no capable young person should be deprived of an excellent education, simply because of a lack of financial means. In our case, we can truly say that we are providing the best education in the land, since the Times voted us the ‘Independent Secondary School of the Year’.

Withington has always been blessed with far sighted, visionary and efficient heads. It is through their good housekeeping and effective financial management, that over the years the school has managed to save £2million. The Bursary Appeal is to raise another £2million. With the Appeal total now standing at £1.668million we are very nearly there. It was estimated that the income from the £4million would provide 100 girls with means tested bursaries. Thank you most sincerely to those of you who have believed in the vision of this Appeal and supported it through your donations.

We are also fortunate to have appointed two excellent Development Directors, Helen O’Donnell and Clare Flynn. They are both old girls of Withington and so have a very strong emotional attachment to the school and passion for their work. Helen launched the appeal and Clare has now taken over the baton. As you may know already, Clare is a young old girl, full of energy and enthusiasm.

I feel strongly that the Withington community has a moral duty to provide opportunities for young people who would otherwise be denied the excellent education and unique experience that this school has to offer.

We must also remember that by having Bursaries and by providing such opportunities, the school’s tradition and reputation will be further enhanced; in that it is not just one of the best schools in the UK, it is a place of great warmth, inclusiveness and diversity, and the entire Withington community will benefit from it.

We are launching the ‘Final Push’ with the aim of raising the remainder of the target by August 2010. This will ensure that over 100 girls will attend Withington on a means tested Bursary every year for perpetuity, an inspirational endeavour. Please consider supporting the Appeal as we move towards this momentous goal. Thank You.