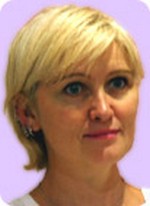 Laura Carstensen, 1979 Year Leaver, has been appointed the Deputy Chairwoman of the Competition Commission.

Laura, whom fellow Alumnae may have seen profiled in The Times' ‘Movers and Shakers' feature on 29 January 2010, joined the Commission in a part-time capacity in 2005, and her appointment as Deputy Chair will continue until 2013.


After leaving Withington, Laura graduated from St Hilda's College, Oxford and became part of one of the first generations of women to become partners of the ‘Magic Circle' of City law firms. She spent ten years specialising in UK and EU competition law at Slaughter & May, before leaving in 2004 to move to Wales and raise her six children, now aged between 10 and 21.

Laura then went on to set up two businesses: Blue Banyan, a website selling meditation, yoga and Pilates products; and Hortica, which sells gardening products online. Laura is also a Reiki Master, qualified Life Coach and organic horticulturist. In addition to this, she is a member of the Co-operation and Competition Panel of NHS Funded Services and an unpaid non-executive member of the Board of the Office of the Parliamentary Counsel, and has used her experience as a working mother to chair the national charitable organisation Parents and Work.

Our congratulations go to Laura on this prestigious appointment.

Laura Carstensen will be one of our Guest Speakers at the next 'Withington In The City: An Audience with..' event on Tuesday 30 March 2010 at the City of London Girls' School in the Barbican.  Please click here for more information or to buy a ticket.