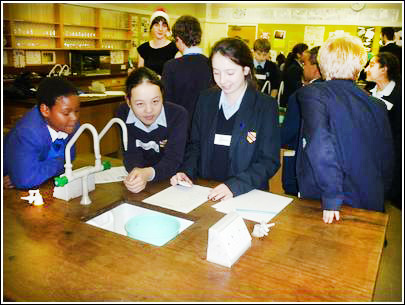 Each group was given a budget of 20,000 Darwins and set the task of helping Santa deliver children's presents more quickly and efficiently by simply dropping them down the chimney, rather than having to squeeze down – and then up – the chimney of every house himself. They used raw eggs to simulate delicate Christmas gifts, and set about designing and constructing a container that would protect the egg when dropped from the height of the average two-storey house. 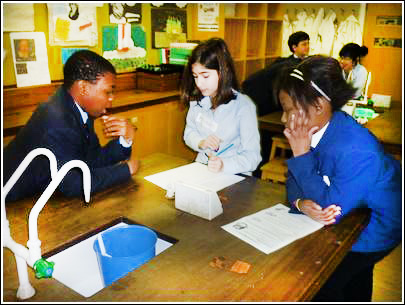 The winning team was the one that successfully protected their egg for as little money as possible. All the teams worked well together, drawing plans, discussing designs and building prototypes before the final competition. 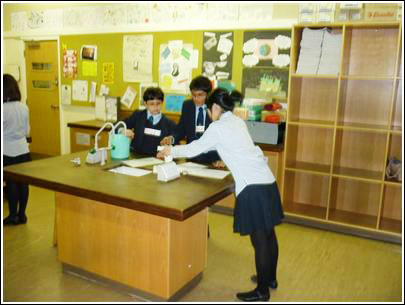 Before trialling their designs, the pupils were shown clips of falling eggs and encouraged to think about the science behind the activity. Teachers from Manchester Grammar School introduced ideas about force, energy and deceleration and how these factors would influence the fate of the eggs. The pupils also watched clips of cars crashing into walls to illustrate the effects of crumple zones and air bags. 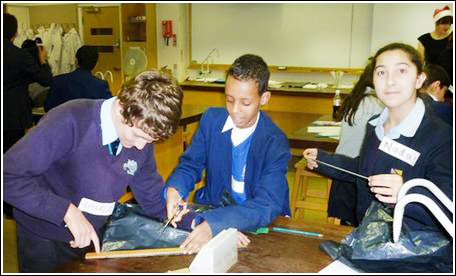 All eight groups designed successful egg-protectors, with only one group suffering a small crack. However, the task involved working to a budget as money is all important in industry and the winners were awarded Periodic Table mugs to reward their efforts. 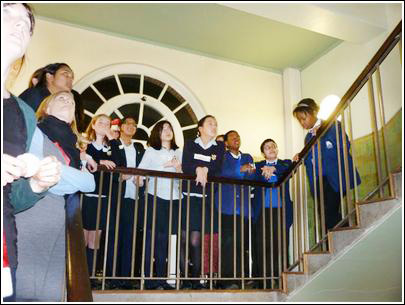 A good evening was had by all and Dr Anne Maisey and Dr Claire Spinks would like to thank all the girls who took part for making it such a successful collaborative event.