The Junior School Christmas Concert on the evening of the 14th December began with a traditional a programme that included the Junior Choir, the Junior Orchestra and recorder, string, woodwind and percussion ensembles all of which delighted and amazed the audience. Next came a very lively rendition of The Twelve Days of Christmas with the audience performing all the actions. 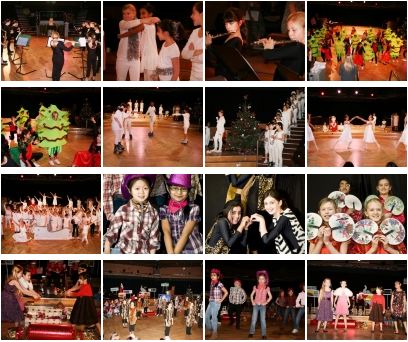 See a picture gallery of the performance


The first half closed with a spectacular performance of Rockin' Around the Christmas Tree with Transition dressed as highly animated, fully decorated Christmas trees and Form I performing a most energetic Rock and Roll sequence around them. Upper and Lower II then followed with a dazzling Winter Wonderland dance and rollerblading sequence ending in a rendition of White Christmas.

After the interval the entire Junior School performed Christmas Round the World. Dressed in colourful national costumes the girls danced and sang in African, Indian, Hawaaiian, American, Spanish and Chinese styles. They told the audience how the different countries celebrated Christmas and also told the Christmas story.