Introduction to the Double Bass

On 1st October Mr Geth Griffith visited Junior Assembly and introduced the Junior girls to the sound of the double bass.  He explained that the double bass is the largest, lowest-sounding instrument in the string section of the orchestra. 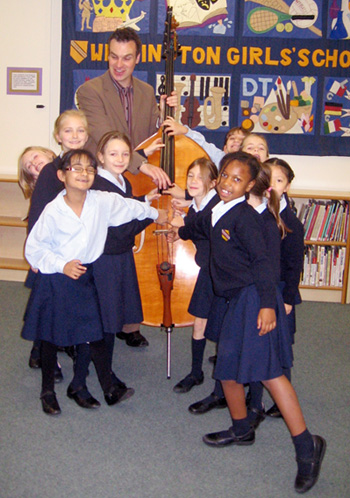 Some of the girls tried to play it but as the instrument was taller than all of them, this proved to be a difficult task! Mr Griffith told the girls that if they wanted to learn to play the double bass they would begin to learn on a much smaller version of the instrument. 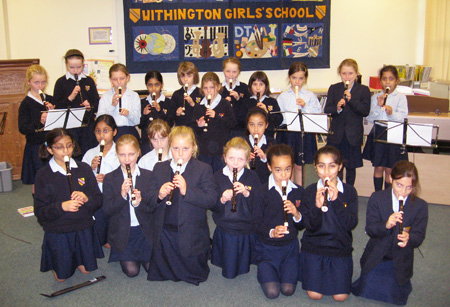 In Music lessons this term, Form I have been learning to play the recorder. In Assembly on the 19th October the entire Form impressed the rest of the Junior School by playing four different pieces of music on recorder and flute. Well done Form I!