Congratulations to all our 2009 Leavers

Once again, we are extremely proud of, and delighted for, all our A-level candidates. This year's group of 76 girls gained a record-breaking proportion of A grades (88.9%) with 98.1% of all papers being awarded A or B grades. Most girls took 4 A Levels and 1 AS Level. Including AS Levels, 69 girls gained 3 or more A grades, 14 gaining 4 As, 38 gaining 5 As, 5 gaining 6 As and one gaining 7 As. In total, 9 Distinctions and 5 Merits were gained in Advanced Extension papers in 7 different subjects. Seven girls will be studying at Cambridge and four at Oxford while others have been offered places at prestigious institutions across the country to study a range of subjects from Drama to Engineering, from Medicine to Languages. 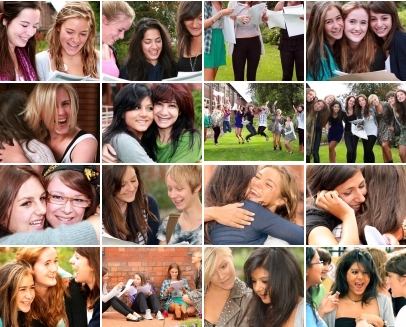 The Head Girl, Alana Livesey, and her two deputies, Emily Behardien and Mehreen Siddiqui, each achieved 5 A grades and they are now looking forward to pursuing their studies at Cambridge (Medicine), Birmingham (Medicine) and LSE (Law), respectively. Judith Parker will be studying Classics and Spanish at Trinity College, Oxford having gained 5 A grades and distinctions in Advanced Extension Awards in French, Latin and Spanish.

Subjects which have recently been introduced at A-level have proved extremely popular and successful and this year 16 girls will be studying Economics or Politics at university. 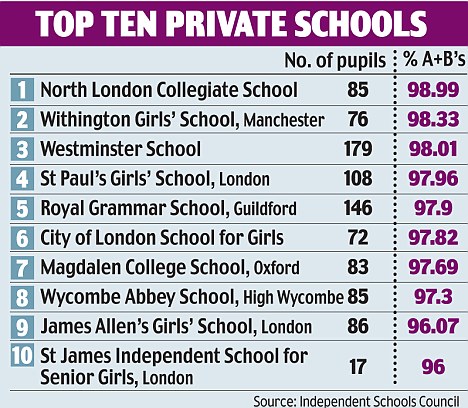