Verdi, veni, vici. After the poetry… the opera

Hot on the heels of Poet Laureate Carol Ann Duffy’s performance at a whole-school Assembly in May, acclaimed mezzo-soprano Christine Rice – having delivered a masterclass at the RNCM the previous evening – sang an operatic aria at Assembly on June 22nd. 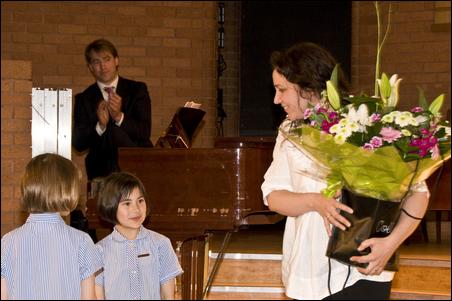 This time, however, the artist was ‘home grown’ for Christine is a former Withington pupil who left in 1988 – ironically to pursue a career as a scientist.

Christine read Physics at Balliol College, Oxford and gained her MSc at Wolfson College, Oxford before her dramatic – literally – switch of vocation. She spent five years at the Royal Northern College of Music and now sings in leading operatic roles and concerts all over the world. 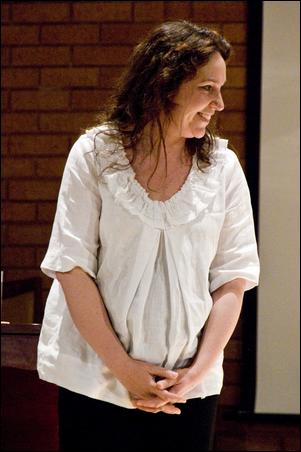 She had never been a member of the School choir, but had been a drama enthusiast at Withington and at Oxford. Accompanied in the Arts Centre by her husband Crispin Woodhead, an accomplished pianist and former Head of Modern Languages at Rugby School, Christine sang the aria O Don fatale from Verdi’s opera Don Carlos. A truly international star, she sings in Czech, Hungarian and Russian as well as French, Italian and English. 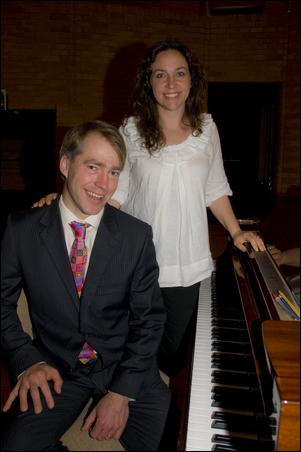 Christine also engaged in a question and answersession with pupils before touring the School with Mrs Pickering and Mrs Val Hempstock, member of the Board of Governors.

Christine said: “There have been huge changes since my last visit in 2001. The atmosphere is so vibrant – absolutely stunning. It was a wonderful academic school when I was here but it seems to have sprung to life; so very modern and so very fresh.”