Headmistress Mrs Janet Pickering was a member of a Withington contingent comprising teachers, support and ancillary staff, a School Governor, Sixth-form students and past pupils in the Bupa Great Manchester 10k Run on Sunday May 17th. 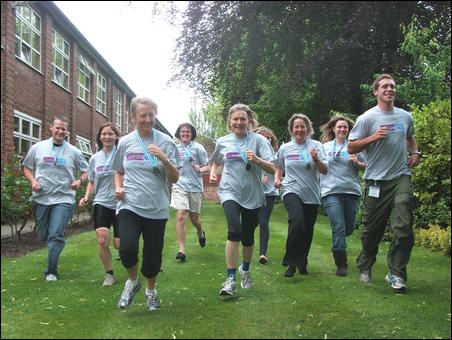 Mrs Pickering was sponsored for over £1200, which will be divided between Withington's community projects in The Gambia and the Bursary Appeal, which will extend means-tested support for Senior School pupils. Other Withington entrants ran in support of a number of charities including HCPT- the Pilgrimage Trust, with which Miss O'Neal has a long-standing association, and Alzheimer's research. 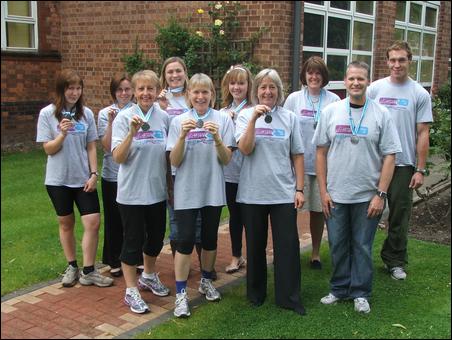 Steve Atty was delighted to learn that thoserunning through his group entry gained female third place in the Business Challenge. A very smart plaque now resides in our trophy cabinet. (See below) 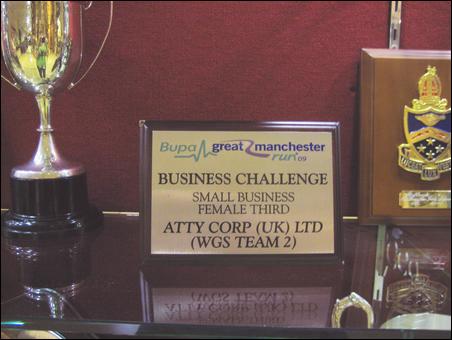 The Great Manchester Run was a precursor for Withington's own big athletic charity event, scheduled for September 13.

The School is staging a repeat of the highly successful and fun-filled WiGS 4 Life, run over a five-kilometre course starting and finishing at the School gates.

The aim is to top the £4,500 raised last year for Cancer Research. The race is open to female staff, pupils, families, friends and alumnae and participants will receive special medals – as well as prizes for the silliest wigs worn around the course.

Further details about entry fees and sponsorship is available at Reception and will be shortly be on the WGS website.