In the Spring Term the entire Lower Fourth took part in a new curriculum initiative – ‘The Big Picture’ – which aims to bring a thematic approach to learning.

Taking a different theme on each of the four Big Picture Days, the pupils explored a range of over-arching subjects including 'Who am I?', Colour , Space and Time. 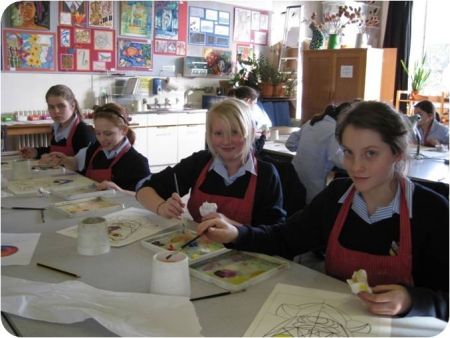 February's  topic of the day was Who Am I? and the range of activities included guessing a historic character from just four clues and using French vocabulary to piece together the identity of a French celebrity. In Mathematics, some of the girls worked in groups of 6 to solve problems about who was telling the truth and to demonstrate the use of logic and systematic methods. Character poetry was developed in English and a time capsule was put together by the historians to try to reflect who we are today. Music activity, which involved each girl composing and performing a rap about herself, proved to be a big hit.

Earlier in the term, the Third Form set aside normal lessons to take part in their own Big Picture themed on Colour. Activities included experimenting with flame tests in Chemistry, investigating the colours of mapping and the importance of ‘Imperial’ purple in classical Greek and Roman times. 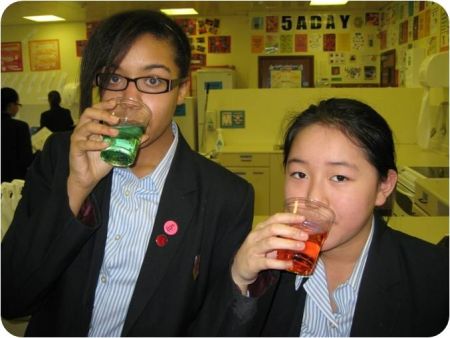 Mrs Jillyan Farrell, the School’s Director of Studies, said: “The exercises demanded a lot of imagination from staff but they did it extremely well. This was learning for learning’s sake – no exams or homework – designed to stimulate the girls’ interest and their response was massively positive. They enjoyed every minute.”