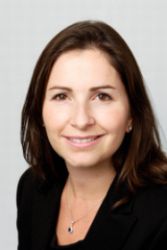 I entered WGS in 1987 as a third former in Miss Perry's class.  My favourite memories are of some of the more amusing things we did as a class, such as the "Ecce Romana" charity pop concert/slave auction, our sixth form trip to Russia and maths classes with Mr Brotherton (poor guy, I'm sure we put him off teaching for good). I also have some great memories of friends and of my teachers. In particular Mrs Adam, Mrs Dawson, Miss Deacon, Mrs Carrier and our headmistress Mrs Kenyon were women who each left a strong, positive impression on me.

School instilled in me the sense that we could all be whatever we wanted to be. Individuality was strongly encouraged. At the time this seemed so natural, but now I appreciate just how rare and important this is.

Following A Levels of Maths, French, History and General Studies, I went on to study Law (LLB) at Nottingham University, followed by the Legal Practice Course (LPC) at Nottingham Law School.

My first "real" job was as a trainee solicitor at Allen & Overy in London. Working for a magic circle firm was a natural progression from studying law. The law firms recruit during the second year of University, by which time many of us were heavily in debt (me included). A huge incentive was that the big firms pay for their future trainees to complete law school. Although I wasn't 100% sure I wanted to be a lawyer, I was very keen to start earning a living and I enjoyed many aspects of the law – the logic, forensic argument, analysis and advocacy. I was also excited by the prospects of international travel.

As a trainee solicitor I worked in a variety of fields – Corporate, Banking, International Capital Markets, Litigation – in both London and Hong Kong. On qualifying in September 2000 I began practising as a derivatives lawyer in the London office.

I joined Citigroup in June 2002 as an equity derivatives structurer. Moving from law to markets and banking was a major shift. I made the move because I wanted to understand how the deals were put together. I quickly realised that the business side interested me more than the legal aspects and I loved the dynamic environment of the trading floor. I spent 4 years as a structurer before moving to focus on marketing, e-Commerce and business strategy. I became a Managing Director at the end of 2008 and I am now Global Head of Marketing for the Retail Structured Products business at Citigroup.

I am married to Matt, a US lawyer, and we have a son Noah aged 3. Without doubt, managing career and family is one of the hardest things I've ever done and it's really something that I had zero appreciation of until Noah arrived. Ultimately, I believe, finding the right balance is down to each individual, what they are able to do and feel most comfortable with. I certainly haven't cracked the formula yet. I think it helps to be flexible, to have a good support network (partner, family, childcare, boss and team at work) and accept that sometimes it will all go wrong. Everything can be thrown into disarray by a sick child, major client pitch or an urgent trip to Frankfurt!

What I will say is that women need to be a bit kinder to each other. I constantly see and hear women judging and criticising other women for their decisions to either work, to stay at home with the kids, to pursue high-powered demanding careers, to scale back and do something less challenging, to have kids, to not have kids etc. It's obvious really but there is no single right way of doing things. There's so much unnecessary guilt and unhappiness that women feel about their choices. In my opinion, this is exacerbated by the unreasonable expectations that we formulate for each other as we all strive to justify our own decisions. I wish we gave ourselves and each other a break!

Concerning friends from WGS, I still see people around from time to time (in person and on Facebook). The two people I am in regular touch with are Jude Roberts and Juliette Packham. Juliette and I trained together at A&O and became good friends even though we had not known each other at school. Jude and I had been close friends at school and she is incredibly good at keeping in touch with people – I am very bad at this! Perhaps this article will help put me in contact with more old friends.