Three months of rehearsals and the involvement of more than 50 girls meant that the Lower School’s presentation of the Sherlock Holmes adventure Valley of Fear was anything but elementary.

The play, an adaptation of Sir Arthur Conan Doyle’s story set in the backwoods Pennsylvania town of Vermissa, then 20 years later at Victorian Birlstone Manor in England, was produced by the English Department and performed in full period costume.

Holmes and his assistant Dr Watson set out to discover if there is a link between the gang of Scowrers who terrorised Vermissa before they were brought to justice by a Pinkerton’s detective and the murder at the manor 3,000 miles away and two decades later.

The cast, drawn from the Third Form, Lower and Upper Fourth, and the production crew fully deserved their ovation from parents and friends in the Arts Centre audience. 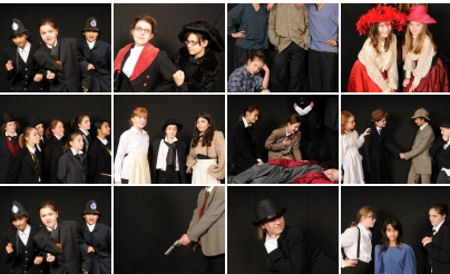