Mr Hodgson starred in the title role and Mrs Pickering played Genie of the Lamp. Other roles were; Mr Sharples as the Storyteller; Mr Lockett and Mr Keenan as Ping and Pong; Mrs Air as Princess Jasmine; Mr McKenna as Widow Twanky; Mr Boddy as Wishy Washy; Miss O’Neal as the Genie of the Ring; Ms West as the evil Abanazer with many more teaching and support staff appearing as townspeople, dancers and street traders.

The audience, too, were brilliant participants and the event raised £1400 for the Wood Street Mission and the Bursary Appeal. 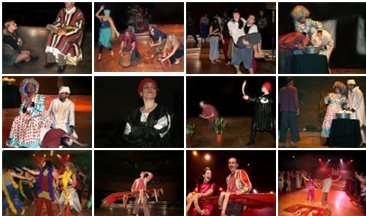