No one who attended any of the series of wonderful Christmas choral and musical concerts and performances in the final weeks of term could fail to catch the spirit of Christmas 2008. 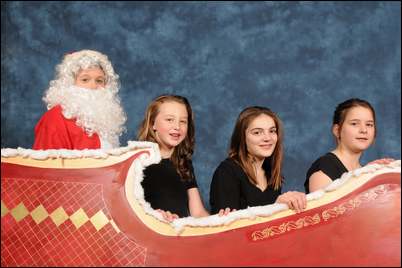 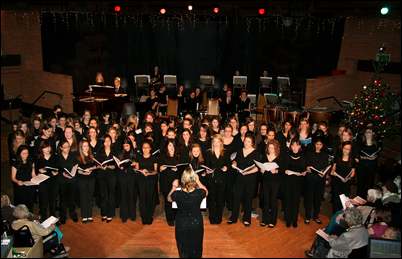 The Senior Choir performs at the Rotarians' Concert

Then, two days later, over 100 girls performed at the Rotarians’ Christmas party, which is organised and hosted by the School each year, in conjunction with the Didsbury Rotary Club, for local elderly people. A gallery of pictures from this event can be viewed 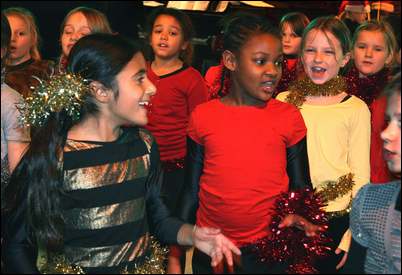 Every girl in the Junior School gave their all in an enchanting Christmas Concert on December 11th. They delighted the audience in the first half with carols, Christmas songs, solo performances and ensembles. After the interval the girls performed the play Christmas Magic.

The Senior Concert on December 15th involved the entire Third Form and a further 70 girls in the orchestra, choirs, bands and ensembles, not to mention accomplished soloists and dancers who all earned ringing applause from the capacity audience.

Mrs Sargent conducted the entire audience in an energetic performance of The Twelve Days of Christmas complete with actions. Everyone who attended departed with a good dose of Christmas spirit and a sense of wonder at the outstanding talent displayed by the girls. A gallery of pictures from the concert can be viewed here.