The School’s jet-set themed fashion show took flight in a big way and raised more than £5,000 for charity. 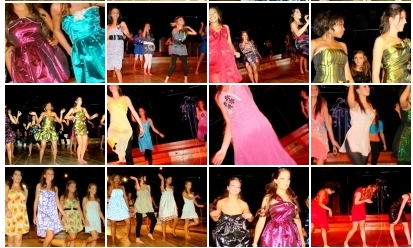 Click the image to view the gallery of Fashion Show pictures

More than 500 tickets for the girls’ annual Ab-Fab catwalk sashay – staged in the dramatically-lit Arts Centre – sold out in minutes.

The show – named Runway 08 – involved almost 50 models drawn from the Fourth Form to the Upper Sixth, eight teachers and a team of boys "borrowed" from Manchester Grammar School.

A further 31 girls formed the organising committee who sourced clothes and accessories and worked as choreographers, set designers, technicians and publicists. The event was three months in the planning.

Proceeds were divided between the children’s charities Barnardos and Stop (Save The Orphans Please).