After the miserable summer weather, the last two weekends of September saw all 85 members of the Third Form and seven members of staff enjoying glorious blue skies and sunshine in the picturesque setting of the Ghyll Head Outdoor Education Centre.

These weekends enable girls new to the school to spend time together as a year group and to get to know each other, their Form Tutors and Sixth Form Peer Supporters in an informal setting. They also have the opportunity to work in teams to conquer the physical and mental challenges set by the Ghyll Head staff. 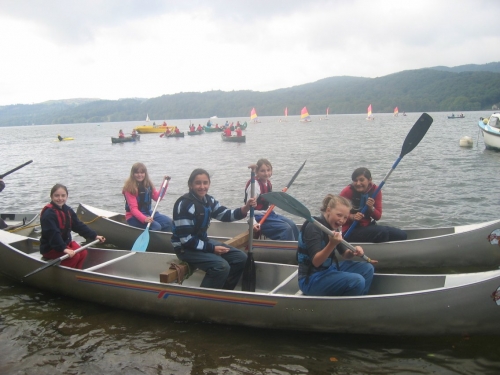 All girls were determined to beat the staff in the first game of orienteering. In spite of some valiant dashes for markers hidden on trees and under bushes, the staff were disappointed to be beaten by the Peer Supporters the first weekend, but established a convincing lead the second weekend.

Both weekends were action-packed, with ghyll scrambling, flying on the high-wire and canoeing in Lake Windermere including the opportunity to jump into the lake – not for the faint–hearted – and many new friendships were forged.