All the Junior School girls took part in an exciting inter-house penny race on the 11th March. They collected one and two pence pieces and then laid them down along each side of the Science corridor in order to measure which of the two houses – Hunter & Williams – had collected the most pennies. In the end, a total of £203.46 was raised for Barnardos, and Williams House won the competition.

Mrs Burrows would like to thank Upper II for taking on the task of
picking up all the pennies, then counting them all. What a job! 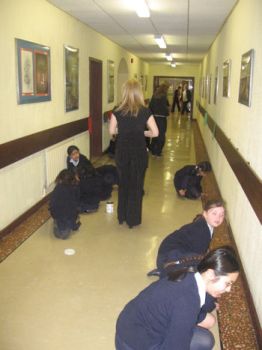