57 Juniors enjoyed an action-packed two-day visit to London in the last week of the Spring Term, including visits to the Terracotta Army exhibition at the British Museum, the Tutankhamun exhibition at the O2 Bubble, a flight on the London Eye, a sing-along meal at Plant Hollywood and seats at the Lyceum Theatre for a performance of The Lion King. Here are some of the impressions of some of the Junior girls who went on the trip:

“I really was amazed to learn so much about the Terracotta Army and see everything they used in their life. Also I found it interesting to see them making the terracotta soldiers and horses and I enjoyed seeing the video clips." "On the London trip I liked it when we went to watch The Lion King – mainly the actors’ amazing body movements when they were acting as animals -especially the cheetah. I also thought the singer was brilliant." 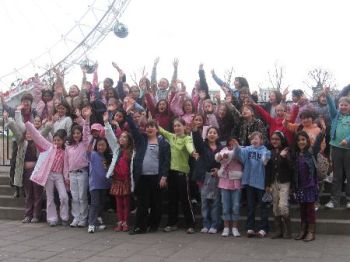 " When we saw the Tutankhamun exhibition it was amazing because there were lots of beautiful gold things, little statues of different figurines, a couple of chests and some special chairs found in his tomb. I liked seeing The Lion King because the actors were very good and I especially thought the boy who played Simba was an amazing actor." 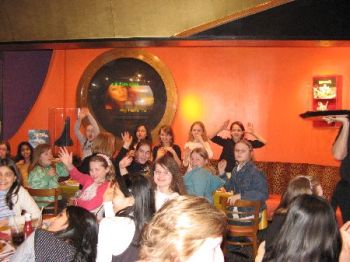 "I loved it when we were in Planet Hollywood because everyone was huddled together, laughing, singing and dancing. I liked The Lion King because they made themselves into incredible shapes for their characters." 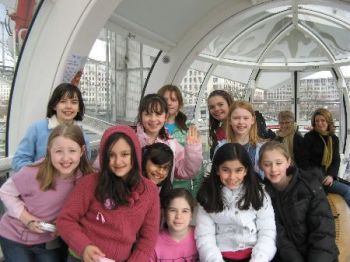 "I loved the London Eye because the view was absolutely eye-catching. I had been waiting years to see the famous Buckingham Palace where the guards stood outside like statues. And what a terrific statue was outside. I also saw lovely buildings like the Houses of Parliament." 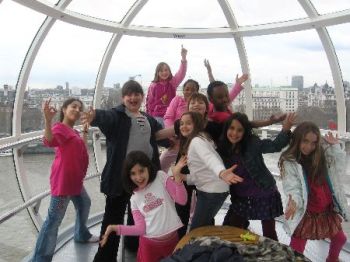